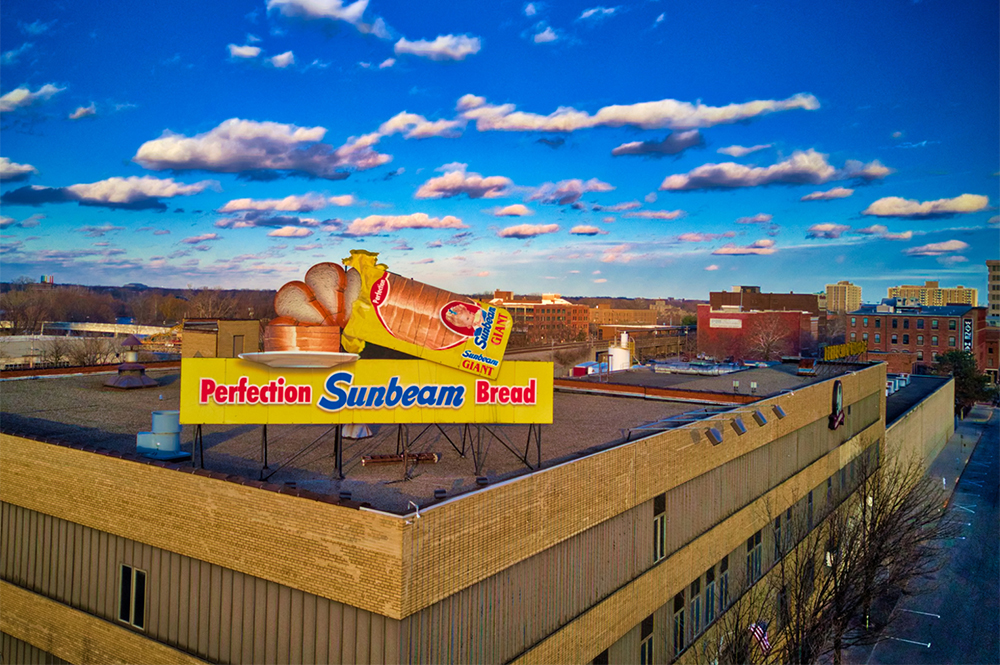 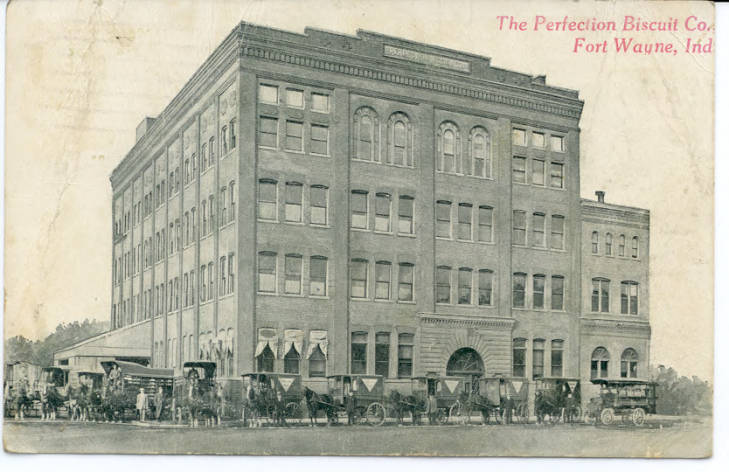 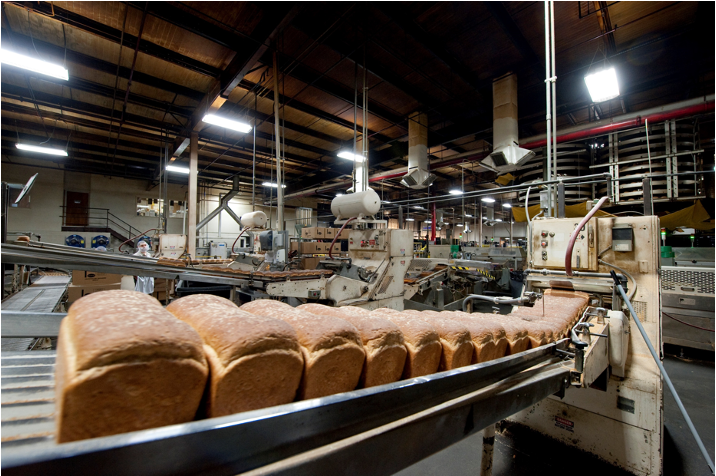 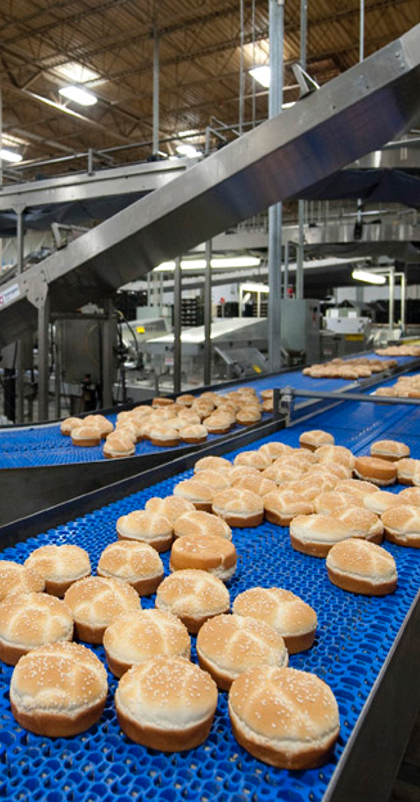 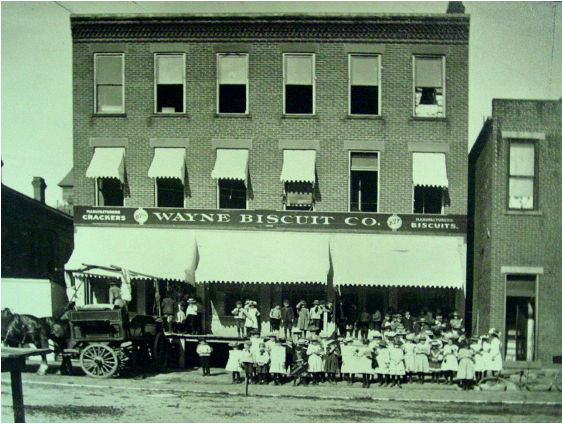 The city of Fort Wayne is named after General Anthony Wayne, a bold military leader who established the first American fort at the junction of three rivers — the St. Joseph, St. Mary's and Maumee. Now, as Indiana's second largest city, Fort Wayne is a center for about 450 manufacturing plants. The city is also an important distributing center of wholesale goods.

As the nation turned the corner into the 1900s, Fort Wayne flourished with the founding of many quality American companies, most of which were family owned. One such business, the Fort Wayne Biscuit Company, has been a cornerstone in Fort Wayne for generations. John B. Franke founded the company in 1901. Using the finest ingredients possible, the company produced Perfection Wafers (P.W. Crackers), and later breads, cakes, and cookies. Special attention was given to customer service. Delivery trucks were horse-drawn! The goal of the new company was “perfection,” and the company was later renamed Perfection Biscuit Company. Perfection prided itself on being progressive and innovative. In fact, in 1923, the Perfection Biscuit Company was the first bakery in Indiana to offer wrapped bread to its customers.

Throughout its early years, the company’s successes grew. However, tragedy struck when J.B. Franke was killed in an auto crash in 1927. The business’ reins were soon passed to his son-in-law, H. Leslie Popp, Sr. This fair and straightforward man was instrumental in introducing sliced bread to the area. He also expanded the bakery to include interstate business and new product development. In 1944, Perfection began distributing delicious Sunbeam Bread.

In the 50s, as the bakery passed its 50th anniversary, product lines were changed to meet consumer needs. The cracker and cookie lines were phased out, while emphasis was placed on developing quality breads. In 1957, Perfection erected a mechanical Sunbeam Bread sign on the roof of its Fort Wayne plant. This distinctive sign is a Fort Wayne landmark to this day.

Perfection broadened its scope by purchasing the Muncie Bread Company in 1961, and Schafer Bakeries in 1964. In 1965, Perfection acquired the Gase Baking Company, which was one of the first bakeries in the industry to install a pneumatic flour unloading system.

Leadership of the company eventually passed to H. Leslie Popp, Jr., grandson of the founder, who in 1978 supervised the construction of the existing company headquarters in Fort Wayne. In 1980, another grandson of J.B. Franke, John F. Popp, was named president of Perfection, and soon afterward acquired the Way Baking Company. Perfection continued to expand into the southwest Ohio and southern Indiana markets.

A new bakery was built in Coldwater, Michigan, where bun production was moved in 1990. The company was renamed Perfection Bakeries, Inc. A flagship brand called “Aunt Millie’s” was developed to offer a fine line of breads in 1991. The distinctive silhouette of Aunt Millie’s soon became synonymous with delicious, old-fashioned quality bread products. Realizing the national trend toward healthy eating habits, Perfection became a pioneer in the industry by introducing Aunt Millie’s Fat Free Breads. To better accommodate the growing company, Perfection purchased a plant from Campbell’s Soup and opened a bakery in Sidney, Ohio in early 1996. The Sidney facility has become Perfection’s most efficient bun bakery. In 1997, a secondary bakery opened in Coldwater, Michigan.

The company celebrated its 100th anniversary in 2001. In the fall of 2004, Aunt Millie’s acquired a 64,000-square-foot building in Plymouth, Michigan. Since that plant’s opening, Aunt Millie’s has invested in additional equipment, including a state-of-the-art bread line. Aunt Millie’s became so popular that in 2005 the company was renamed Aunt Millie’s Bakeries. BRC-certified since 2009, Aunt Millie’s Jackson Bakery is also one of the most technologically advanced bakeries in North America. Aunt Millie’s spent a year completing renovations and installing equipment and the bakery in Lowell, Indiana began production on April 17, 2017.

Aunt Millie’s Bakeries is still a family-owned company headquartered in Fort Wayne, Indiana. John F. Popp, the grandson of the founder, has been company president since 1980. John’s sons Bohn Popp and Chris Popp are company vice presidents. All three Popps are actively involved in all company operations.

Aunt Millie’s operates five bakeries in three states. Using over a half million pounds of flour per day, Aunt Millie’s produces bread, buns, rolls, English muffins, bagels, muffins and other bakery products. Aunt Millie’s Bakeries employs about 1,600 people in Indiana, Michigan, Illinois, Ohio, and Kentucky. It operates bakeries in Lowell, IN; Jackson, Kalamazoo and Plymouth, MI; and Sidney, OH with a food service frozen facility in Coldwater, MI. With over 660 DSD routes on the road every day, Aunt Millie’s delivers to more than 10,000 customers. Aunt Millie’s many brands are distributed throughout the United States, with primary distribution in the Midwest. All of which are BRC certified.

Today, customers readily identify Aunt Millie as caring, loving, and always baking something wonderful. Just as in the beginning, Aunt Millie’s is still committed to baking the healthiest, highest quality bread possible. Many of Aunt Millie’s breads are whole grain, and ingredients are held to the strictest standards. From one generation to the next, folks are being raised on Aunt Millie’s baked goods.

While there have been a few names changes along the way, one thing has remained the same — Aunt Millie’s infuses Midwestern values of hard work, humility, dedication to quality, and a family-first mentality into every step of bread making, from research and development through the baking process to the final product: quality, delicious buns, rolls, and breads that you can be proud to share with your loved ones. Their commitment to healthy ingredients has never been stronger.

Aunt Millie’s mission is to bake and sell high-quality products. With a passion to exceed customer expectations and to achieve an unparalleled level of quality in baking healthful and delicious products.

The company respects all people and serves our Creator by applying Christian principles to everything we do. That’s just part of the Aunt Millie’s legacy. They love to bake! At Aunt Millie’s, they bake more than bread – they bake memories!

Quality Bakers of America Cooperative is owned by leading U.S. wholesale bakers. Sunbeam® is the brand name and trademark licensed by QBA to our member bakers who also manufacture and market bakery products under their own brand names.

The History of the Sandwich